On 4th October, Petrovietnam President and CEO Le Manh Hung chaired the 10th regular business and production management meeting in 2021 online with heads of units throughout the Group to “flexibly adapt” to new normal state.

In September, the Group’s production and business activities continued to face many negative impacts due to the complicated situation of the Covid-19 epidemic, the disruption of the supply chain for petroleum products, especially the widespread social distancing in many localities. In that context, Petrovietnam implemented a series of coping measures, forecast, fluctuation magement, flexibility in management, and promoted connection of links in the Group’s value chain vertically and horizontally has maximized the value of each unit and expanded the market…helped the Group respond promptly to difficulties, maintain the pace of production and business.

With the efforts of the whole political system, in September and the first 9 months of 2021, Petrovietnam has achieved many positive results. Specifically, crude oil production in September exceeded 15.4% of the September plan, reached 8.20 million tons in the first 9 months, and exceeded 13.0% of the 9-month plan. Total revenue of the Group in September 2021 was estimated at 44.9 trillion dong, exceeded 11% of the September plan, accummulated amount in the first 9 months of 2021 was 437.8 trillion dong, exceeded 16% of the 9-month plan. Petrovietnam has made an important contribution to the State budget by paying 65.9 trillion dong in 9 months, exceeded 5.0% of the year plan and exceeded 17% compared to the same period of 2020. In the context that many large enterprises faced difficulties and losses, the important contributions of Petrovietnam represented the great efforts of the Group’s leaders, its member units and nearly 60,000 employees.

The work of management was implemented closely with actual developments, promptly adapted to market fluctuations, and strengthened close coordination among units from upstream, midstream to downstream. It ensured optimal cash flow management at the units and did not disrupt production and supply chains. The storage of products was controlled with flexibility. Management made the most of the coordination among units in the value chain to ensure the common interests of Petrovietnam and the State.

There have been many positive changes in the investment management. In the first 9 months of the year, Su Tu Trang (White Lion) field phase 2 has been completed and put into operation as planned. Field development projects such as BK-18A, BK-19 have been actively implemented according to the schedule (it is expected to put the BK-19 project into operation at the end of October 2021 and the BK-18A project at the end of November 2021); continued to focus all resources to soon put Song Hau 1 and Thai Binh 2 power projects into operation, in which it is expected to put Unit 1 of Song Hau 1 thermal power plant project into commercial operation in early November 2021.

Besides production and business activities, Petrovietnam has actively participated in social security activities, supported the prevention of Covid-19 epidemic. From the beginning of 2021, the whole Group has seriously implemented solutions to prevent and control the Covid-19 epidemic; effectively implemented the “three on-site activities” production and operation model with buffer zones and connection areas. In particular, the Group has quickly and promptly implemented the strategy of vaccination combined with health care for employees. As of 30th September 2021, the whole Group has contributed 775.8 billion dong to the Covid-19 prevention and control, including 554.9 billion dong to the Vaccine Fund. Vaccination work throughout the Group has been paid special attention and urgently implemented. Up to now, most of the employees in the Group have been vaccinated at least 1 dose, with priority given to those working directly at the projects, factories…

In the first 9 months of 2021, thrift practice and wastefullness combat has reached 2,209.6 billion dong, equivalent to 80.9% of the year plan. Digital transformation has been actively implemented. Petroleum security and safety, environmental safety, labor safety, fire and explosion prevention on oil and gas works have been closely monitored and strictly implemented. Communication and corporate culture have been implemented synchronously, extensively with positive results; The Group’s brand and reputation have been increasingly enhanced, and Petrovietnam’s image has made a good impression in the public. Other tasks such as training, management and salary policy have also been focused and implemented according to the schedule.

On the basis of analyzing and evaluating the results of production and business activities in September and 9 months of 2021, the Board of Directors and heads of Divisions in each field in charge discussed, resolved difficulties and gave solutions to supporting member units in production, business and investment.

After listening to the opinions, work handling and solving by the leaders of the units, Divisions and the Vice Presidents of the Group, at the same time receiving the direction of Mr. Hoang Quoc Vuong – Secretary of the Party Committee, Chairman of the Board of Directors of the Group, President and CEO Le Manh Hung acknowledged and highly appreciated the results achieved in the first 9 months of 2021, the development orientation after the epidemic control changed from “Zero Covid” to “adapting actively, flexibly and safely to the epidemic”; noted the Group and other units to update the assessment of the situation, ready to “flexibly adapt” to the developments of the Covid-19 epidemic, thereby take solutions to overcome difficulties, expand the market, promote product consumption, seize the opportunity to recover growth. President and CEO Le Manh Hung suggested the units continue to make efforts, strive to overcome difficulties, maintain stable production and business activities, ensure safety for employees; assigned tasks for the Group’s Vice Presidents, Heads of Divisions, and leaders of member units to quickly review and handle the tasks, conclusions and instructions of the Group’s leaders on schedule. Continue to promote synchronous implementation of digital transformation throughout the Group.

The Group’s leaders also suggested the units collect opinions from the officials, employees, units, partners, and contractors involved in the Draft Petroleum Law amendment and emphasized it was the important content and basis to create a driving force for Petrovietnam’s sustainable development in the coming years./.
PVN

Petrovietnam: difficulties not only from the Covid-19 epidemic 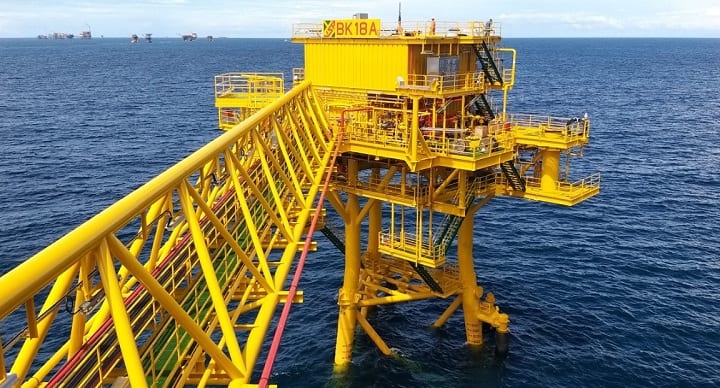 Petrovietnam fulfills many important targets ahead of schedule, signaling a year of excellent completion of plan

Petrovietnam: difficulties not only from the Covid-19 epidemic